A Moving Sound - Songs Beyond Words 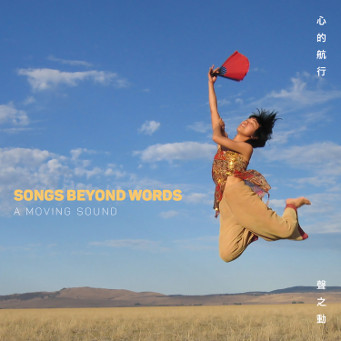 A Moving Sound is an award-winning ensemble based in Taiwan. Their highly driven creativity fuses traditional influences with a global sensibility. The ensemble presents distinctive timbres of the erhu (Taiwanese fiddle) and zhongruan (lute) coupled with the transcendent vocals of singer Mia Hsieh - a whirlwind of musical expression that veers between the meditative and the exuberant with irrepressible spirit.

The group sings in multiple languages, plays both modern and traditional instruments and performs in stylized ethnic costume. Their story began in New York while singer and frontwoman Mia Hsieh (cover) was on a Fulbright scholarship in New York, immersing herself in downtown experimental music and dance. There, while on the dance floor one evening, she met her future husband and now performing partner of over twenty years, Scott Prairie.

The couple moved to Taiwan, where Prairie found a new pallet of musical ideas and instruments to create with. Hsieh went deeper into her Taiwanese cultural roots. The Market Song was inspired by Mia’s childhood and her observation of her hard-working family. It is a vivid soundscape of Taiwan's earthy and vital energy, which exists in both the modern city and in the countryside. She was born at the time when Taiwan was turning from agriculture to industry. “The living room is the factory” was the government’s slogan.

“Our music is a stream of consciousness, freely associating and reinterpreting musical idioms that can be found in Taiwan” – A Moving Sound

The group’s collective experiences, defenseless soul-searching and sensitivities in musical expression has resulted in a diversely rich album. Dombra is a joyful piece inspired by the traditional stringed instrument of the same name. Buoyant rhythms and instrumentation weave beautifully with vocals, conveying a pure and positive energy. Calming the Storm is composed in one of the oldest musical styles: Nan guan. This is a delicate piece with emotional vocals flowing gracefully in a softly restrained manner. Mia Hsieh’s singing carries the music flawlessly: “it succeeds largely because of the cool and drifting vocal work…” - The Guardian,

The group have featured on NPR, the BBC (“lyrical and evocative”), the Discovery Channel and National Geographic. Their appearance at WOMAD and dozens of other festivals worldwide has drawn praise from The Guardian, The Financial Times and Songlines: “they draw on ancient culture not to recreate a copy of history but to rediscover the timeless, universal expression of life”.