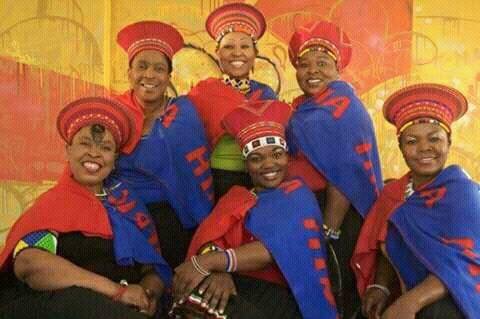 Afrika Mamas joins a star-studded cast on the main stage 2017 that includes music icons Diana Ross, Mary J. Blige, John Legend and Chaka Khan. Afrika Mamas are a 7-piece a cappella group that have been wowing audiences with their spell-binding harmonies and spirited charisma in South Africa and beyond. The vocal group is led by Ntombi Lushaba and driven with a passion to promote their own brand of traditional story-telling,

‘Our vision is to entertain through African folk music; to promote African women-oriented musical experience and to create jobs for other women.’

Afrika Mamas released their debut international album ‘Afrika Mamas’ worldwide through ARC Music in 2016. A 4 **** review in Songlines Magazine by Franki Black cited the music from Afrika Mamas as, “Gobsmacking mouth-music from astounding Zulu singers". ARC Music wishes Afrika Mamas all the best for a fabulous concert at Essence Festival.

See the full line-up of artists at Essence Festival 2017: http://www.essence.com/festival/schedule/list/artist