Artist of the Year 2016 to Kamal Sabri Khan 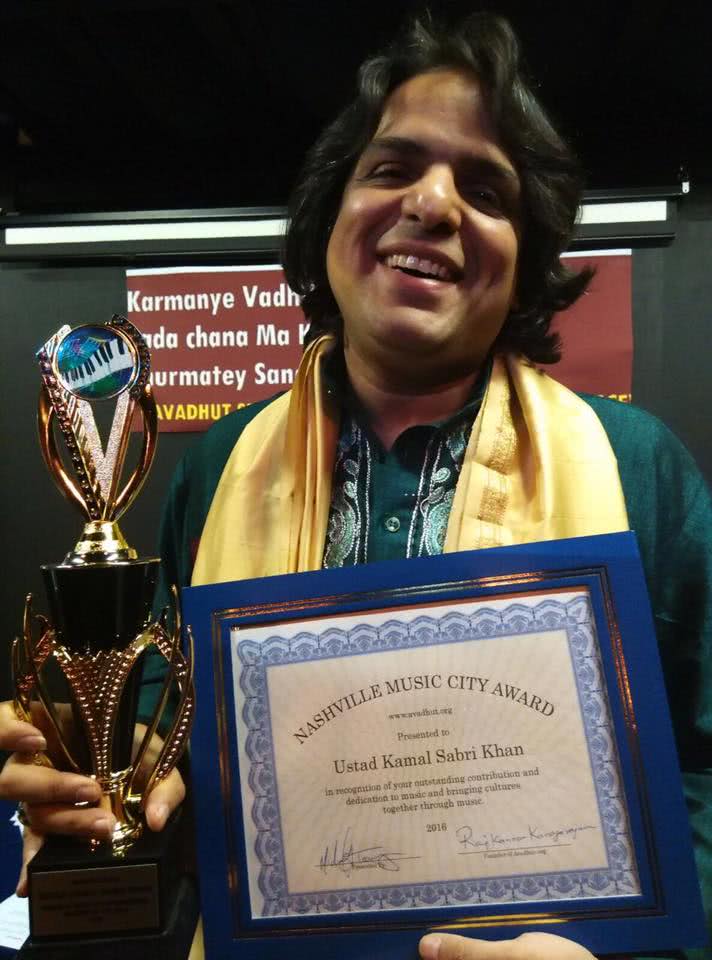 The Avadhut Spiritual and Cultural Foundation along with Nashville Metro Park Music presented the award. Kamal Sabri’s father was sarangi legend Ustad Sabri Khan, the first musician to help introduce and popularise the sarangi to the world.

The event was held at the Centennial Performing Arts Theatre in Nashville on the 26th of October, 2016. Mr. Mike Teaney, Director of music at Nashville Metro Park Music presented the award to Kamal Sabri, and also accompanied him on banjo during his performance.

The first part of the event was Kamal Sabri interacting with audience. Then Bhairavi Dhandapani interviewed him regarding the Sarangi, his family, Gharana, performances with other world class musicians and his past awards; then Kamal Sabri Khan performed solo Indian classical music, then his fusion compositions with American musicians.