'A truly magical and uplifting cross-cultural collaboration, bringing together Afro-Latin, Funk and Soul elements with a Senegalese twist. The wonderful voice of Biram Seck and Thibaut Remy’s compositions make for an unmissable combo. Must See!'  Tim Garcia (Jazz FM/Musica Macondo)

“Awalé are doing something different with Afrobeat and I do like it.” The late Charlie Gillett, BBC Radio 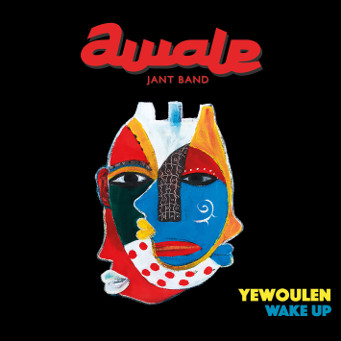 YEWOULEN means ‘Wake up’ in Wolof with lyrics written by Senegalese singer Biram Seck and music from composer, engineer and by band leader, French guitarist Thibaut Remy. Thibaut’s album engineering credits include assistant engineer on The Turbans last self-titled album where he worked alongside Jerry Boys from the world famous Buena Vista series and production wizard of all things pan-African, Tom Excell.

YEWOULEN is a call for people to and wake up from their usual ways, to wake up to what unites them, to look at how they can work together as opposed to their differences. This is reflected in in the title track ‘Yewoulen’ with its mixed elements of jazz improvisation with sabar drummings (Senegalese drum). The track has special arrangements as well as excellent vocals by Biram. As Thibaut Remy says,

“When I listen to Biram singing I think he’s an American soul singer, but he is a Senegalese soul singer… that’s the kind of associations we want people to make with this music… I guess that’s what we’d like people to feel with this music that it kind of joins the dots between cultures.”

Singer, songwriter Biram Seck is from Dakar, the son of a gawlo (story-teller). Biram’s father was a master of the traditional West African guitar/banjo, the xalam. As Biram says,

"I love music because it is a means of communicating ideas to broaden minds and build an integrated world... a world of peace!"

‘Jeunesse’ speaks of tolerance by the young for their parents and is about wanting a better future for our children, to make a cohesive community with less prejudice. Bright guitar lines interlock with catchy bass lines at the heart of the groove's foundation.

Songs of peace and unity feature on YEWOULEN sung in Wolof by Biram Seck. Electrifying rhythmic explorations between drums and Senegalese sabar drums while the horn section travels from Ethiojazz to Fania All Stars seamlessly.

'Domi Adama' (Son of Adam), with its winding rhythms and horn lines, serve as a gentle reminder of common ancestry if we trace our roots back far enough. Breezy Senegalese soul full of sunshine and energy opens the album in 'Sope', which translates as ‘love’ in Wolof. ‘Sope’ is infused with easy-going bonhomie.

The name Awale Jant Band is a combination of Biram Seck’s Jant Band and Thibaut Remy’s London group Awale - a collective of African, French, British and Senegalese musicians performing for the last 10 years in London.  Awale Jant Band’s name means to ‘let the sun pass through’, and YEWOULEN showcases the combined musical strengths and stories of Biram and Thibaut. As Thibaut says,

“This album was a test for me to see if I could do everything apart from mastering, and so that is what I did. It was a bit difficult sometimes, writing the music, recording the songs, mixing them… it was my little challenge. “

But it is a challenge that has worked. Since meeting on LinkedIn, Biram and Thibaut have consolidated their musical partnership on YEWOULEN. Thibaut composed the music around old and new melodies for Biram’s lyrics and stories in Wolof. A powerful, uplifting combination.

YEWOULEN follows on from Awale’s debut album JUST HAVE TO GROW, co-produced by Nick Page whose credits include Jah Wobble and Ladysmith Black Mambazo. YEWOULEN is released internationally through ARC Music on Friday, March 27th, 2020.

Thibaut Remy – French guitarist, composer and record producer based in London. He has recently co-produced The Turbans’ latest record out on Six Degrees Records.

Kaw Secka - sabar drums, gawlo (griot) from Senegal and Gambia, now in London via Sweden. He also plays in Fofoulah.

John Martin – saxophone, a member of the critically acclaimed contemporary jazz folk septet Metamorphic and the Dr Das Dubnoiz Coalition, the side project of Dr Das, the bass player and founding member of the Asian Dub Foundation.

Ben Brown – drums. Established himself as a sought-after drummer, for his rock solid groove, subtle touch and reactivity. Check out his band Waaju!