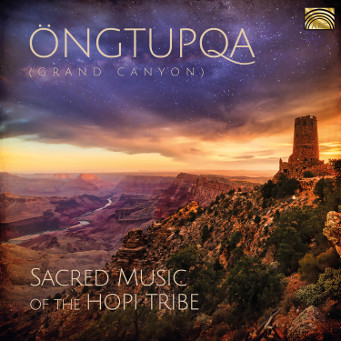 The background
When archaeologist Earl Halstead Morris led a Carnegie Institution Expedition to the Prayer Rock District of Northeastern Arizona in 1931, the crew found thousands of artifacts distributed throughout fifteen caves. Among them were four hollow, reed less flutes—two broken, two intact. The site, as a result of this find, came to be known as Broken Flute Cave. At the time of the discovery, it was impossible to precisely date the instruments. But research completed in the 1960s suggested that the flutes were constructed sometime between AD 620 and 670. Despite the conventional understanding at the time, this meant that they were much older than the wooden Plains flutes from the 1800s that have become an archetype of Native American music today. Still, the modern academic and archaeological communities knew very little about those instruments uncovered by Morris’ expedition in the Four Corners Area more than eighty years ago. At least, that is, until now.

The Search for Answers
In the mid-1990s, ethnomusicologist Matthew Nelson began working as a volunteer DJ for KXCI—a community radio station in Tucson, AZ—where he hosts and curates a weekly showcase of world music for a program called “Global Rhythm Radio.” It was early in his tenure there that he met world-renowned flute player Gary Stroutsos who was traveling through Tucson with a group of Native American musicians at that time. Originally trained as a jazz musician, Stroutsos transitioned into studying wind instruments from cultures across the world, including Chinese, Afro-Cuban, and Native American origins. His goal when studying cross-cultural genres is to make his best effort to faithfully recreate the spirit of a particular culture’s music without adding any New Age trimmings. His music was featured on the Ken Burns' documentary Lewis and Clark: Journey of the Corps of Discovery, which led to an invitation to play for then-President Bill Clinton at the White House. Stroutsos is also the only non-native artist ever invited to record on the label Makoché Records, which was dedicated to recording indigenous music.

Years later, Nelson learned that Stroutsos played a replica of one of the instruments found in Broken Flute Cave, though neither knew much about its origins. Knowing that the cave was within Hopi aboriginal territory, Nelson suggested reaching out to renowned Hopi musician Clark Tenakhongva.

The Vision, and the Origin of the Hopi Long Flute
Nelson and Tenakgonva had met briefly at a music festival and so, when Nelson called him about a potential meeting on the Hopi Nation, Tenakhongva acquiesced. The night before their meeting, Stroutsos dreamed he was playing his flute in an old adobe house on a high mesa, and that his song brought forth clouds, and eventually, the rain.

They met at Tenakhongva’s office, where he was working for the Department of Veterans’ Affairs. A brief chat quickly led to talk of Strotusos’ interest in this flute and Tenakhongva asked him to play it. Nelson said he could see an instant shift in Tenakhongva’s demeanor as Stroutsos began to play, and Tenakhongva informed his guests that Stroutsos’ flute was a Hopi traditional instrument, lost to them for more than 500 years. Tenakhongva then asked Stroutsos to perform that night for his family – many of whom are respected traditional cultural practitioners.

Stroutsos played that night in an old adobe house on First Mesa and he presumed that to be the end of the journey. But then Tenakhongva explained his own vision. He said that one of his songs had come to him in a dream and, in that dream, he was singing at a place high on the Hopi Mesas. The clouds began to gather and build, then started to move toward him. Finally, it started to rain. But, Tenakhongva explained, when he awoke, he would try to sing the song from the dream, but it never sounded right – as if something were missing. The missing piece, he said, was Stroutsos’ flute.

A Historic Recording
Stroutsos was caught by surprise when Tenakhongva called two days later to invite him to play in a sacred place—near the site of the Hopi origin story in the famed Desert View Watchtower as part of the Grand Canyon Music Festival. The Watchtower was built by renowned “architect of the southwest,” Mary Colter, in 1932 and was modeled after similar structures built by ancient Puebloans in sites like Mesa Verde, Canyon de Chelly, and Chaco Canyon.

In October of 2017 Nelson arranged the special permits and hired a sound engineer and videographer, and Stroutsos booked a flight back to Tucson from his home in Seattle, and the three traveled together to Ongtupqa—the Hopi name for the Grand Canyon—for a single night of recording in that sacred space. Tenakhongva sang original compositions in his native language, Stroutsos improvised on the flute, while Nelson kept rhythm on clay pot drums (realizing that stretched-skin drums would not have been used when the original ancient flutes were made and played). The result was a total of nine finished tracks that approximate the way Hopi

music may have sounded more than 1,300 years ago. The final recordings are not modified in any way, and the music was played live, without the benefit of a rehearsal or the opportunity for multiple takes.
The Ongtupqa Project
In an attempt to tell this important story and share it with people from around the world, Tenakhongva, Stroutsos and Nelson have collaborated to produce an album about Hopi history, culture, and the tribe’s deep, spiritual connection to the canyon they call “Ongtupqa.”

Says Tenakhongva, “My only hope is the music will resonate with the world. As Hopi we were born within Grand Canyon and when we are done we return back there. This is the cycle. This is the Hopi way. And these are songs about that special place."

The Ongtupqa recordings represent a return to the Hopi people’s spiritual homeland, and Tenakhongva says everyone is invited to partake in the blessings bestowed on them by this historic music and its connection to the Grand Canyon—itself a Hopi house of worship. For Stroutsos, it’s a rare opportunity to set the record straight about the oldest wind instrument in North America.

For more information about Ongtupqa and to listen to sample audio tracks, visit www.ongtupqa.com.